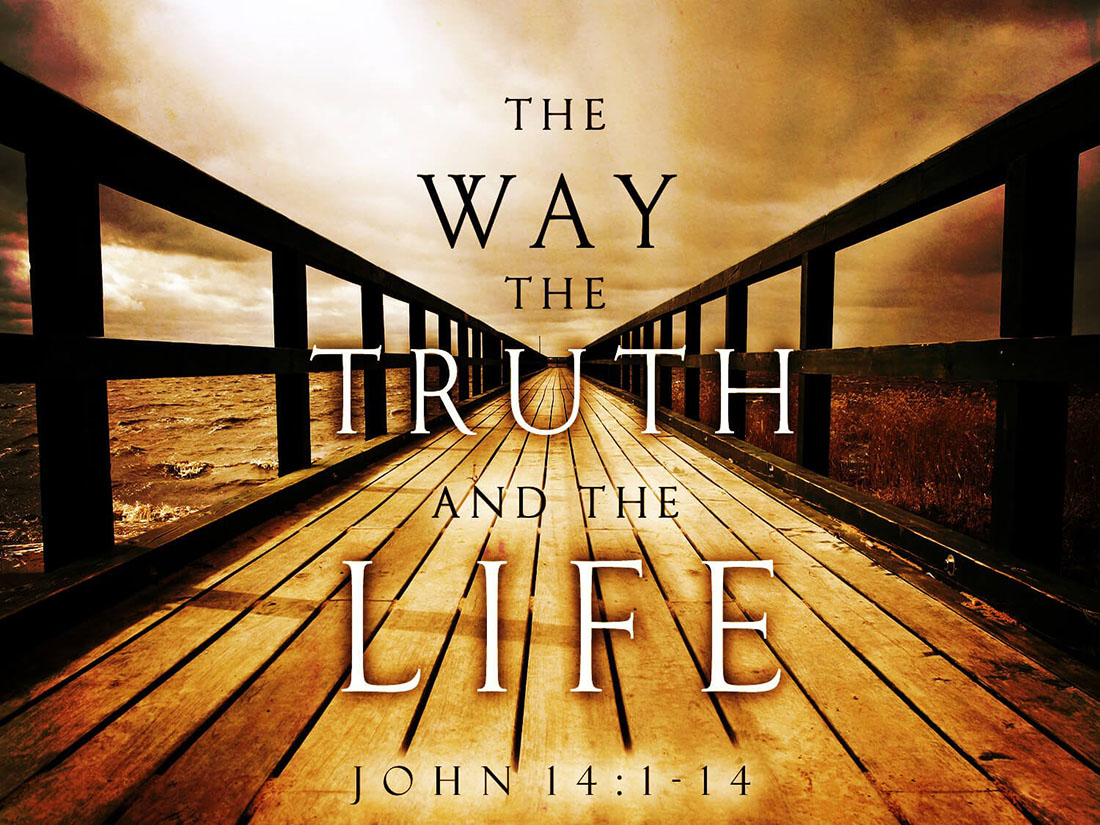 Plaintiff’s personal constitution dictates or declares sacred Honor is built upon [public principles established in a name of J.E.S.U.S. structured as the most sacred precincts of public and one’s own private life, personal liberty and the pursuits of happiness] per se as our (“[Sacred Honor]”). 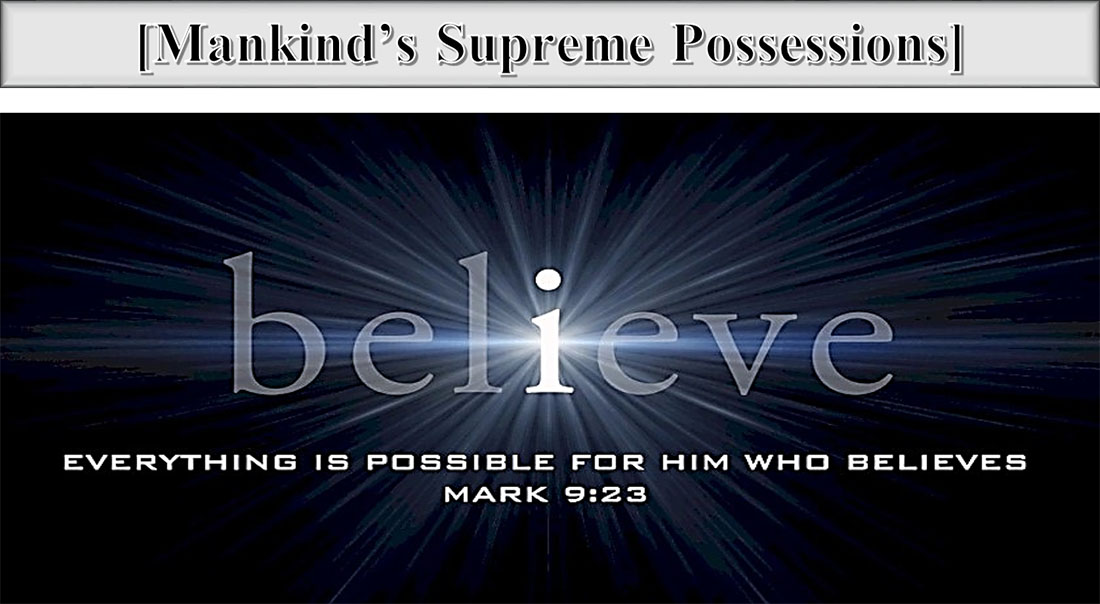 Plaintiff’s personal constitution dictates or declares [free exercise principles do not cause a man to sacrifice his integrity, his rights, the freedom of his convictions, the honesty of his feelings, or the independence of his thoughts. These are Mankind’s supreme possessions. These are not the objects of sacrifice] per se as the greatest sacred precincts of [Mankind’s Supreme Possessions]. 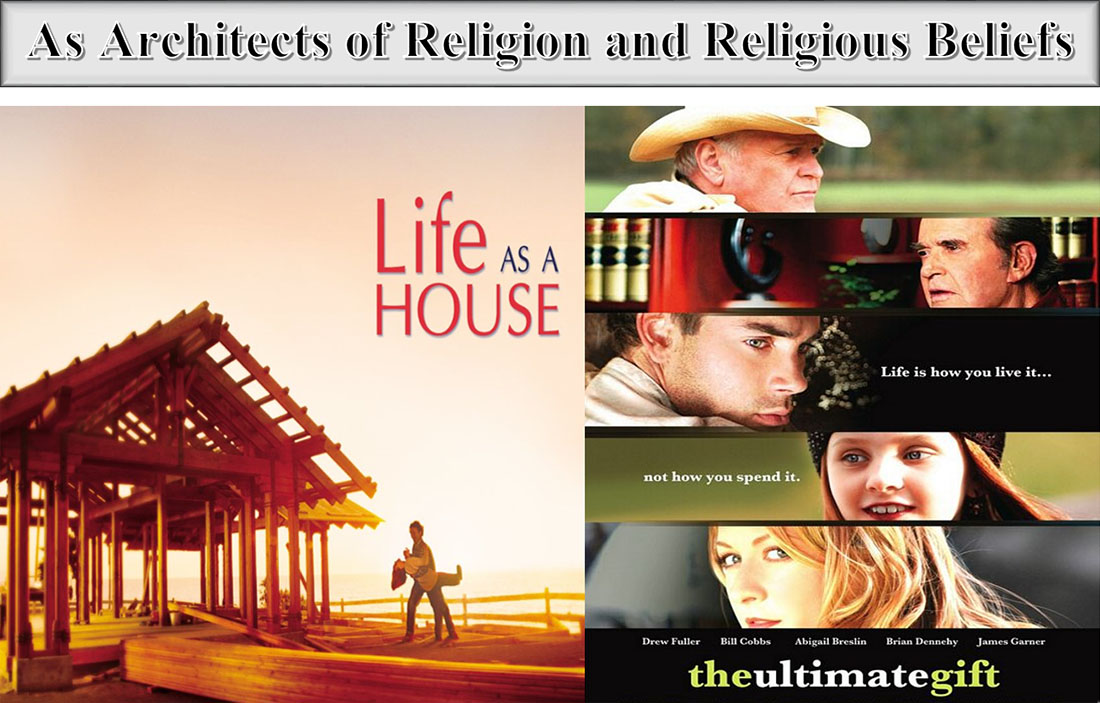 Plaintiff’s personal constitution dictates or declares [Sacred Honor], [Constitutionally Protected Interests] & [Mankind’s Supreme Possessions] through the free exercise of [CLP] in private or public forums of expressive activities or conduct is an artful blend of one’s [LLP] & [conscience].
Plaintiff [believes] the mind is a sacred place with the human heart (emotions) being a sacred space found within us all. Within these most sacred precincts of private & domestic life, religious experiences are created for many people &/or within this Plaintiff’s own individual [conscience]. 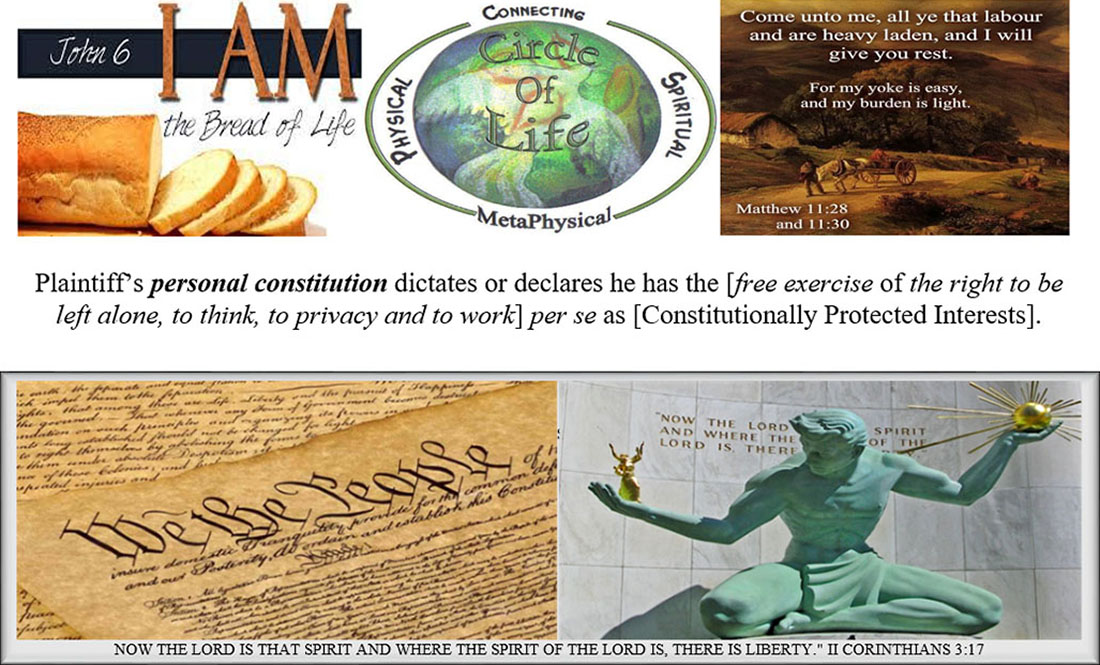 Plaintiff’s personal constitution dictates or declares the [Freedom of Association &/or Not to Associate in a fusion of differing systems of belief/religious syncretism; is the free exercise right in Protest Activities as a sword and to Petition as a shield] for grievances or when seeking redress for an infringement or for satisfaction sought or gained in our [LLP] per se as [Protected Conduct] 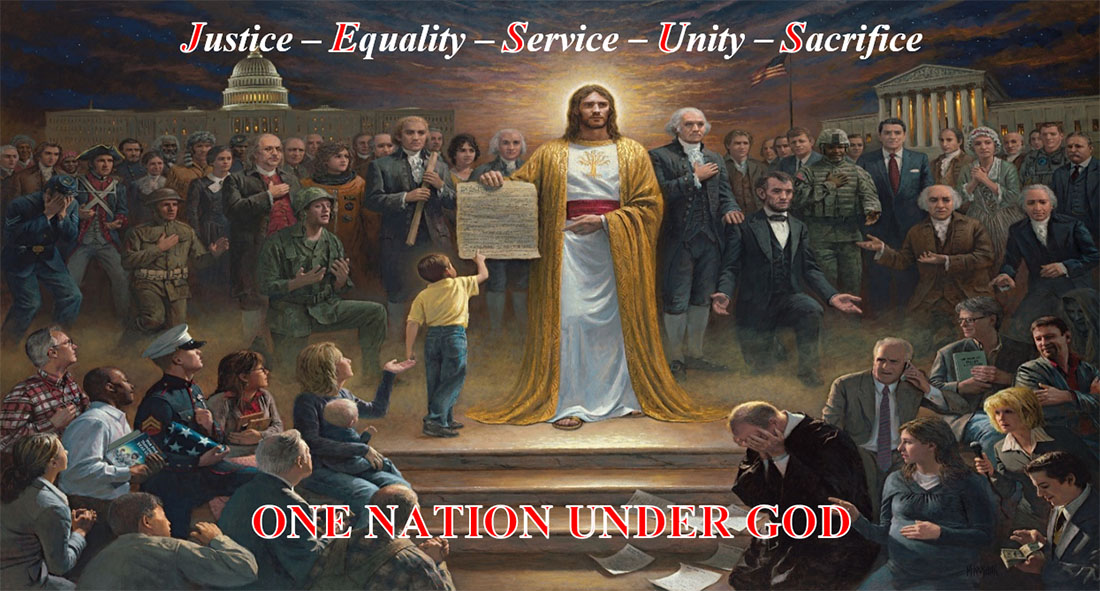 Plaintiff’s avers his [(1) prophetic speech or as predictive speech, (2) symbolic speech or speech plus & its expressive activities (3) religious or proselytizing speech, (4) spiritual speech or as persuasive or private speech (5) pure speech (6) core political speech (7) free speech recognition also existing as exercising no speech at all] collectively manifesting per se as [Protected Speech] 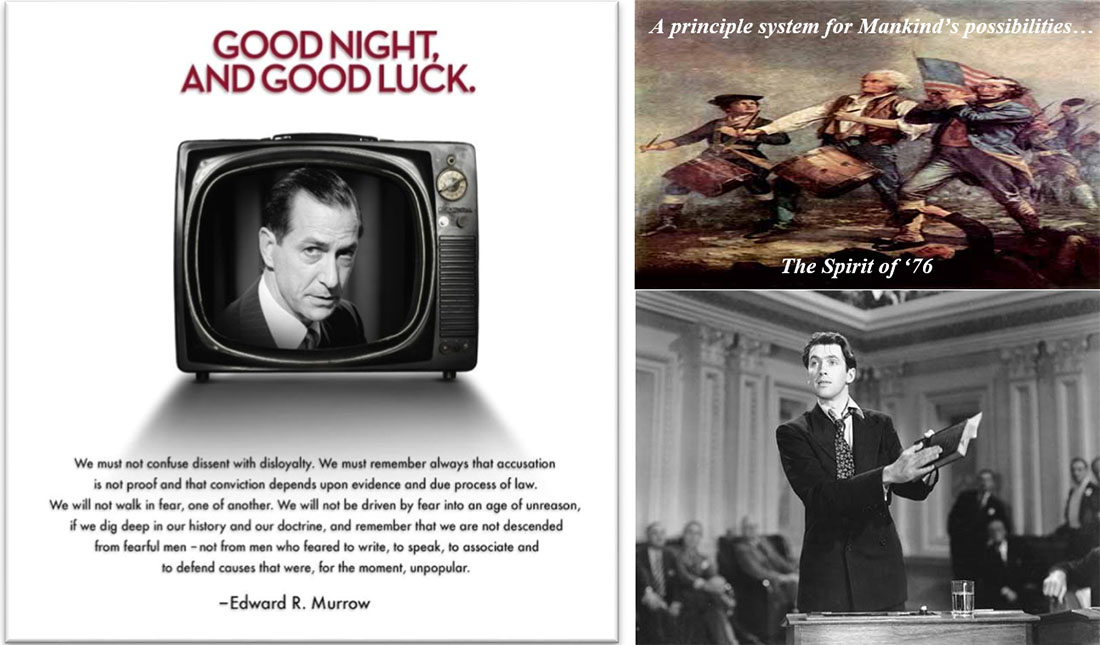 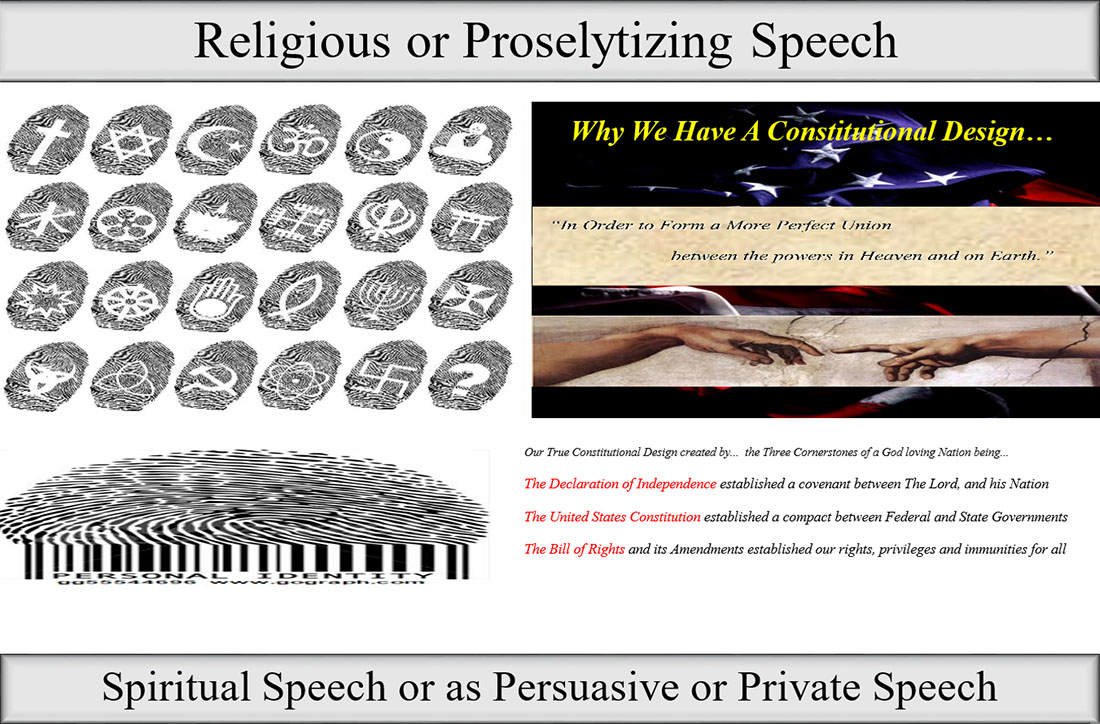 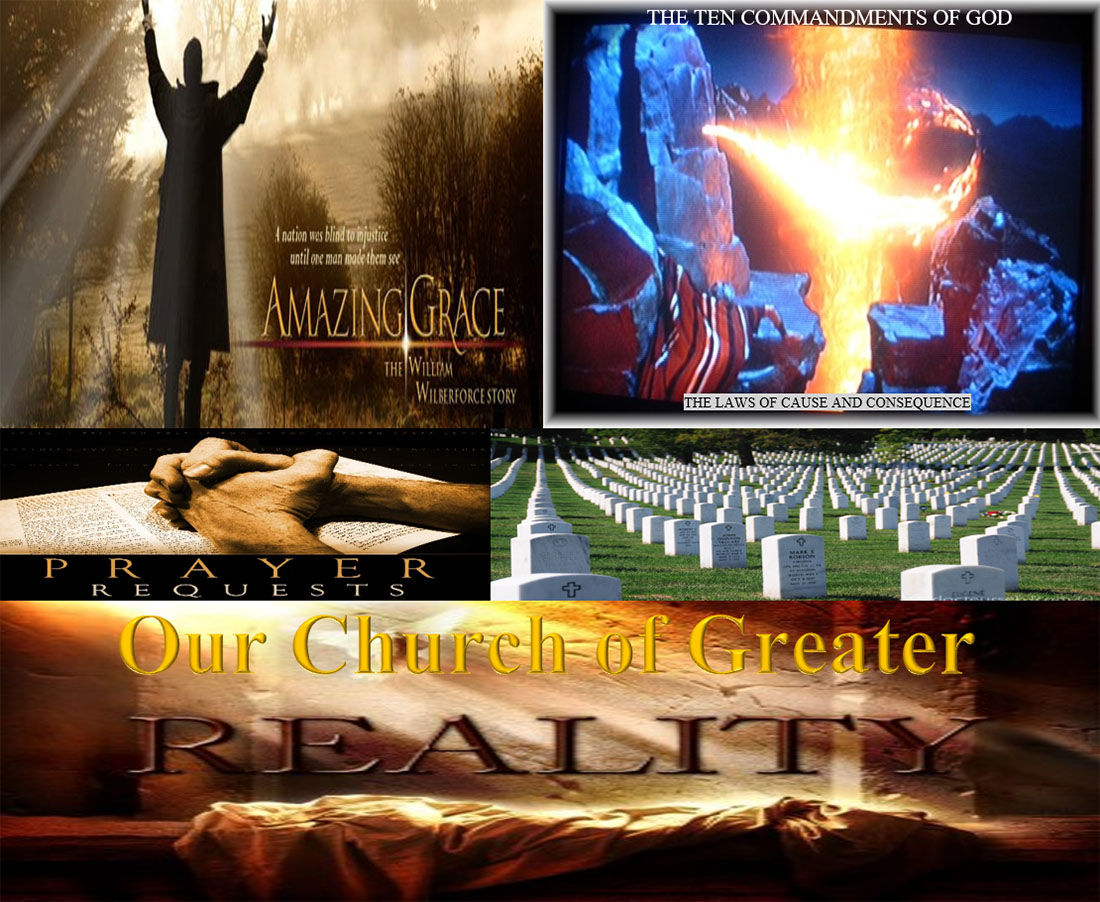 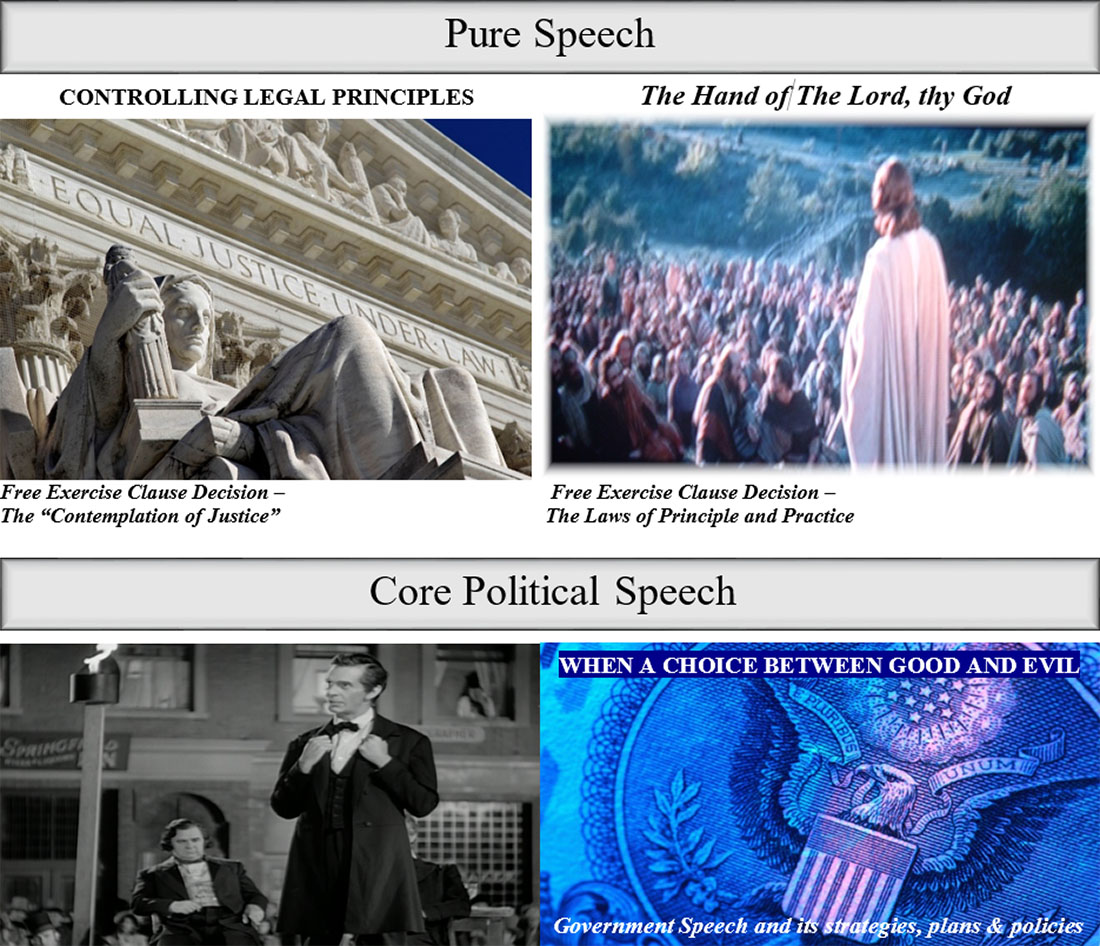 Plaintiff’s [conscience] dictates: The purpose of Defendants’ decisions in [The Policy] is to make property and nothing but property of the working class people in all States of the Union. Plaintiff [believes] with all his heart and soul: “A house divided against itself cannot stand. This government cannot endure permanently half slave and half free.” as Abraham Lincoln declared in a large number of core political speeches seen as (Raymond Massey) in the role of: Abe Lincoln in Illinois, (1940):

…The purpose of the Dred Scott decision is to make property and nothing but property of the Negro in all States of the Union. It is the old issue of human rights versus property rights. It is the eternal struggle between two principles: the one, the common right of humanity, the other, the divine right of kings. It is the same spirit which says, ‘You toil and work and earn bread and I’ll eat it.’ (Applause) As a nation, we began by declaring ‘all men are created equal.’ There was no mention of any exception to that rule in the Declaration of Independence. But we now practically read it ‘all men are created equal except Negroes.’ If we are to accept this doctrine of race or class discrimination, what is to stop us in the future from decreeing ‘all men are created equal except Negroes, foreigners, Catholics, Jews,’ or just ‘poor people’? That is the conclusion towards which the advocates of slavery are driving us. ‘Let each State mind its own business,’ says Judge Douglas. ‘Why stir up trouble?’ This is the complacent policy of indifference to evil, and that policy I cannot but hate.

I hate it because of the monstrous injustice of slavery itself. I hate it because it deprives our Republic of its just influence in the world, enables the enemies of free institutions everywhere to taunt us as hypocrites, causes the real friends of freedom to doubt our sincerity, and especially because it forces so many good men among ourselves into an open war with the very fundamentals of civil liberty – denying the good faith of the Declaration of Independence and insisting that there is no right principle of action but self-interest. In his final words tonight, the Judge said that we can be ‘the terror of the world.’ I don’t think we want to be that. I think we would prefer to be the encouragement of the world – the proof that at last, man is worthy to be free. But we shall provide no such encouragement unless we can establish our ability as a nation to live and grow, and we shall surely do neither if these States fail to remain united. There can be no distinction in the definition of liberty as between one section and another, one class and another, one race and another.

A house divided against itself cannot stand. This government cannot endure permanently half slave and half free. 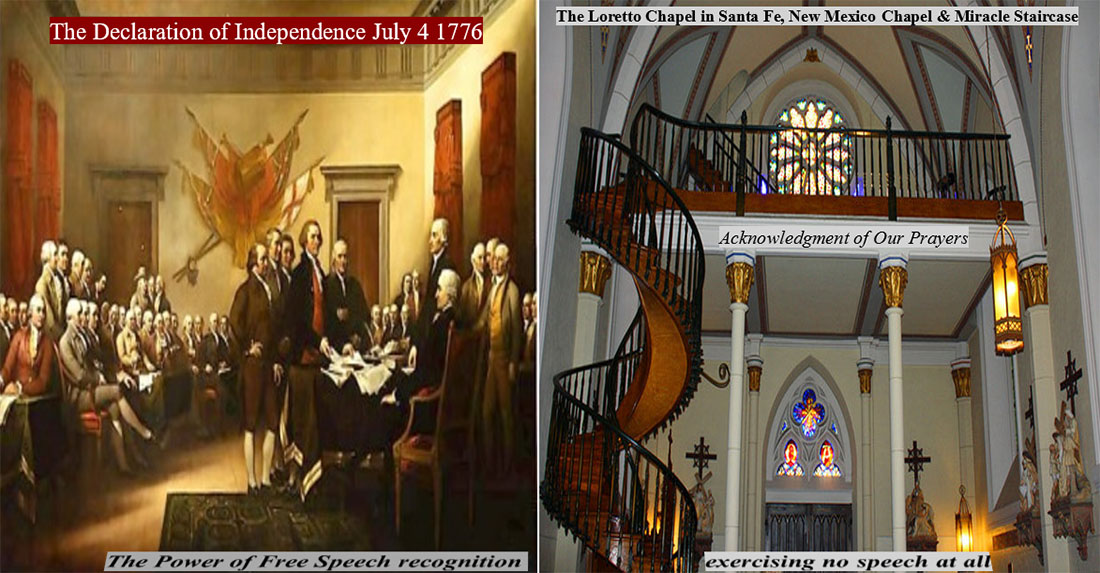 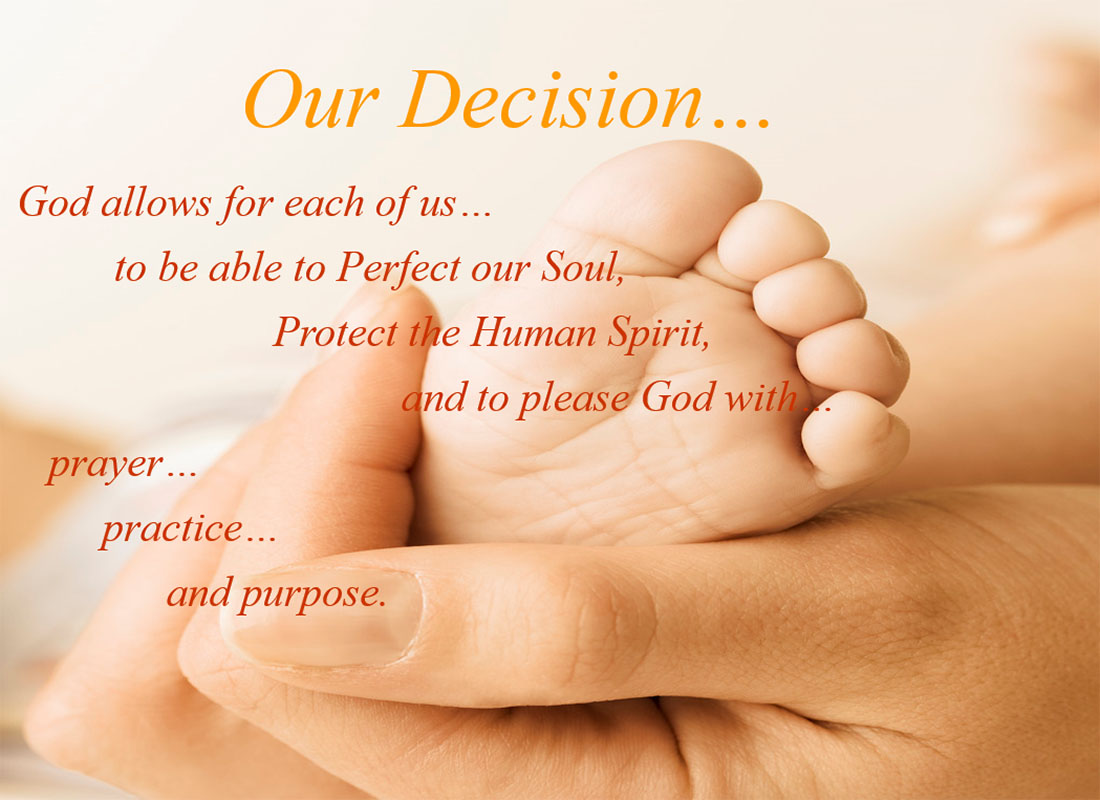 What + they + fought + for was a New Nation, conceived in liberty, with a government of the people, by the people and for the people. What + they + fought + for was independence and against a governmental system that endorsed a design result of [A Complacent Policy of Indifference to Evil] per se as (“[To LIVE as EVIL]”). I am an architect of my [LLP]. I know what is to come by the principle on which it is built. Freedom is the light of all sentient beings with the right to exist as I Am; and not as any person or compelled as a person to accept or believe in per se [To LIVE as EVIL].

IN TRUTH, THE THOUGHTS, WORDS AND ACTIONS OF TWO THOUSAND YEARS AGO CAN LIVE IN US TODAY AS: “THE ANSWERS TO MANKINDS FUTURE PROBLEMS CAN BE FOUND WITHIN… SO LONG AS THERE ARE THOSE AMONG US WILLING TO MAKE THE SACRIFICE.”

A QUESTION OF BEING “TRUE RELATIONS”
“THE WHO, WHAT, WHY AND THE HOW OF IT ALL”
“SO GOD’S OR OUR “LIST” OF THE IMPORTANCE”

A QUESTION OF BEING “REAL VALUE” AND “SOMETHING OF VALUE”
“WHAT IF, ANY IMPORTANTS OF ALL OF IT”
TODAY’S SYMBOLS, INSIGNIA, SEALS, CHAINS, FIGUREHEADS AND RECORDS

A QUESTION OF “PROOF”
“A QUESTION OF AN HONEST POLICY OF TRUTH, JUSTICE AND COMMUNION OF FAITH”
“THE SYMBOLISM OF TRUE RELATIONS WITH A BELIEF IN KNOWING WHAT TO DO”
WHERE “AS IN HEAVEN, SO ON EARTH”

A QUESTION OF “TRUTH”
“WHOSE TRUTH, WHAT IS IT, WHY TELL IT, HOW WE DO IT”
“REPRESENTATION OF OUR DAILY BREAD”

“A QUESTION OF TAKE, TAKEN, AND TAKE AWAY”
“WHY UNFAIRNESS, WRONG, VIOLATIONS AND ALL THINGS EVIL”
“WORDS OF INTENT, LETTERS, LANGUAGE AND POSSESSIVE RELATIONS”

A QUESTION OF “FINAL OR INFINITE JUDGEMENT”
“HOW RIGHT OR GOOD VERSUS WRONG OR EVIL BEING”
“THE TRUE MARK, MEASURE AND KEY SIGNATURE OF CHARACTER”

A QUESTION OF “ATTITUDE AND HEALTH”
“EVERTHING AND ANYTHING OR JUST OUR ARDENT DESIRES”
WHEN A UNIVERSAL “SYMBOL” OF KINGDOM, POWER AND GLORY

This Page is intentionally left partial blank pursuant to the Tenth Amendment of the U.S. Constitution or as an answer to

However, Plaintiff’s answer: “In Order to form a More Perfect Union” is: 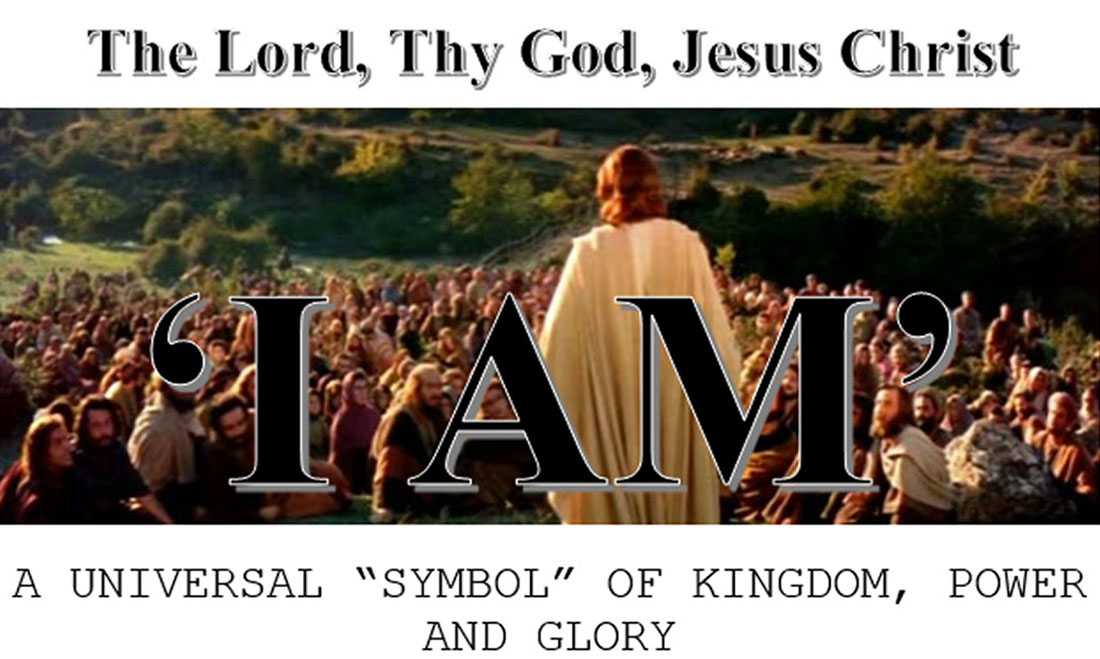 Plaintiff’s unalienable right to love The Lord, Thy God, Jesus Christ manifested a sacred right by establishing his life, his liberty and his pursuit of happiness to exist as ‘I Am’ and not as any person in a personal stake as defined, designed, driven, devalued, degraded, deprived, or fearful to be destroyed by law respecting an establishment of religion in a matrix of religious dealings.

This section is left to We the People, or others similarly situated to write their own narrative.