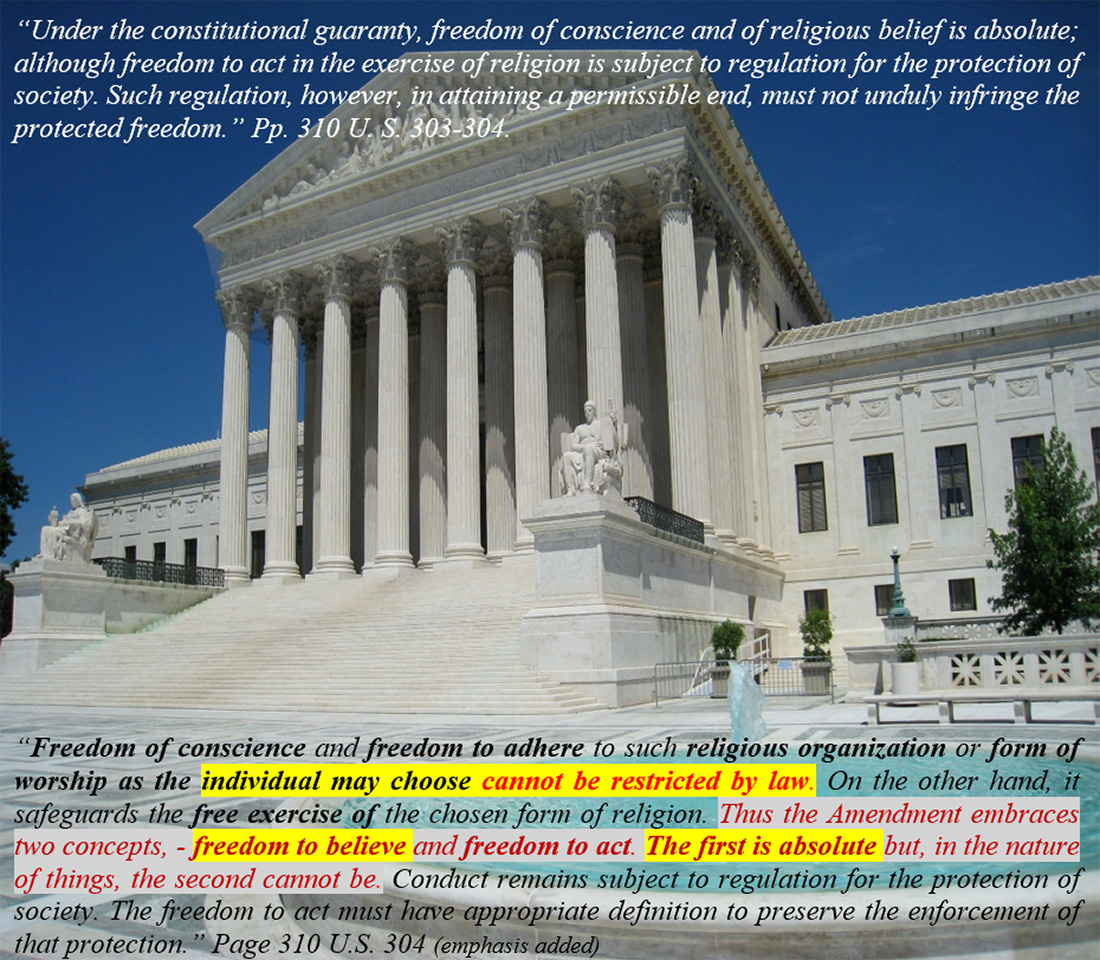 Cantwell v. Connecticut, 310 U.S. 296 (1940) in a unanimous opinion declared that: “In the realm of religious faith, and in that of political belief, sharp differences arise. In both fields the tenets of one man may seem the rankest error to his neighbor. To persuade others to his own point of view, the pleader, as we know, at times resorts to exaggeration, to vilification of men who have been, or are, prominent in church or state, and even to false statement. But the people of this nation have ordained, in the light of history that, in spite of the probability of excesses and abuses, these liberties are, in the long view, essential to enlightened opinion and right conduct on the part of the citizens of a democracy.”

“The essential characteristic of these liberties is that, under their shield, many types of life, character, opinion and belief can develop unmolested and unobstructed. Nowhere is this shield more necessary than in our own country, for a people composed of many races and of many creeds. There are limits to the exercise of these liberties. The danger in these times from the coercive activities of those who in the delusion of racial or religious conceit would incite violence and breaches of the peace in order to deprive others of their equal right to the exercise of their liberties, is emphasized by events familiar to all. These and other transgressions of those limits the States appropriately may punish.”  Page 310 U. S. 311

Thoughts, Words and Actions for Plaintiff’s Quintessential Rights of the First Amendment:
Truths that manifest Life, Liberty & Pursuit of Happiness pursuant to the Free Exercise Clause