[To LIVE as EVIL] 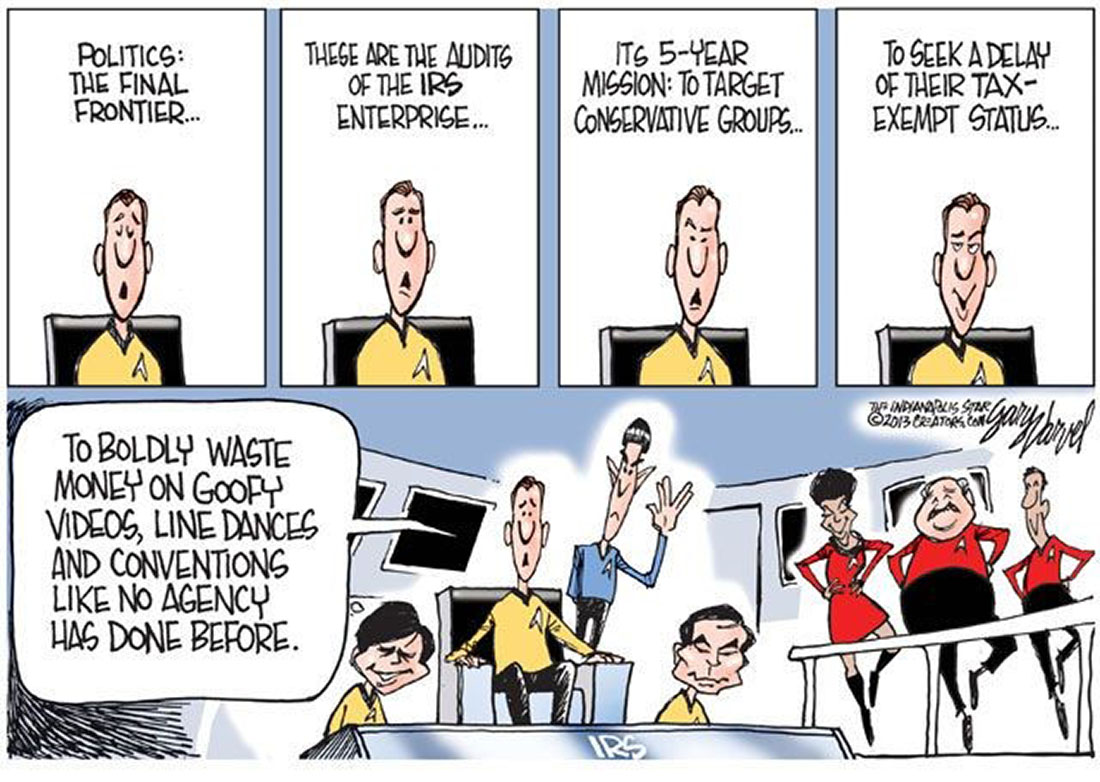 Why I started a Reality based Religion

Some of you might be wondering, “Why is Marc Perkel starting a new religion? What does he hope to accomplish? Is he trying to change the world and manipulate the future?
The short answer is – Yes I am.

The IRS has approved the 501(C)3 tax exempt status of the Church of Reality.

Please link to us, discuss us in online forums, and blog about us. Every time anyone thinks about reality the world becomes a little smarter.

Spelling and Grammar errors? spelling@churchofreality.org – please identify page and location in the page of the error.
The Church of Reality is a non-prophet organization.

Imagine a world where politicians are smarter. People who are elected by a society who expects them to take reality into consideration when making the important decisions that affect us all as a society. Imagine a world where you can get on an airplane knowing that someone isn’t going to try to blow it up because he thinks his invisible friend told him to do so.

Star Trek fires my soul because I to envision that day when the mind of humanity stretches across the universe to explore and understand greater and greater things. I want to explore strange new worlds, to seek out new life and new civilizations … to boldly go where no one has gone before.

I want the Star Trek future. A future that gets better from one generation to the next. A future from where we can look back at our new history proud that we took the time and were thoughtful enough to get it right so that humanity can thrive and prosper.

People of the world; is it not better to believe in what actually is real and not what isn’t real? Do we need to have wars over “My God is tougher than your God”? Can’t we give up the Bullshit and all just agree that believing in what actually is real is important? This world, this universe fascinates me. I want to know it all, explore it al, understand it all.

People of the world; isn’t it time that we put an end to stupidity when it comes to electing our government leaders? Would it not be better if smarter people were in charge? Can we continue to pay the price of getting it wrong when we could have done the right thing if only we had the courage and took the time to think it through? https://www.churchofreality.org/wisdom/religion_of_reality/ 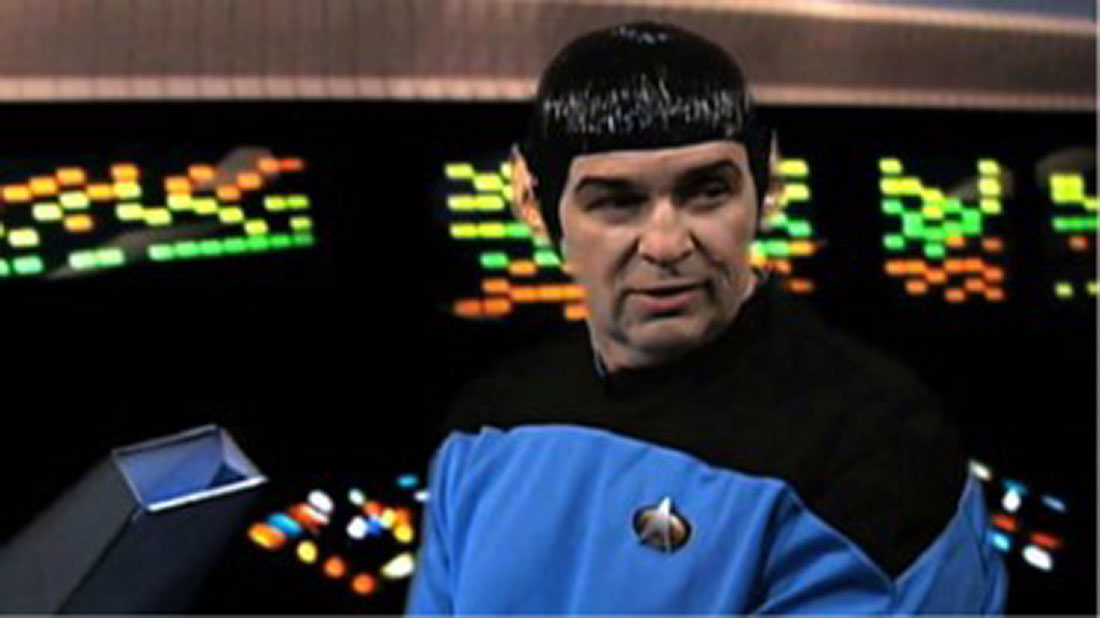 “Tax long and the government will prosper”

As millions of Americans — myself included — prepare to write checks to the government to cover last year’s tax load, it’s nice to know that the money goes toward things like producing this video that was used to open 2010 IRS training conferences. The video had been requested by a congressional committee and it was dumped late yesterday:

Video of the IRS’s “Star Trek: Deep Space W-9” or whatever it’s called comes courtesy of Sharyl Attkisson at CBS News by way of Twitchy:
If you’re having trouble with that video try here.

All things being equal I preferred the GSA’s “Angry Office Clown”.

The IRS says it won’t happen again… at least not in the near future because pretty soon they’ll be really busy auditing the people who paid for the video:

How can the waste be eliminated? All I know is that asking President Obama to perform a “Jedi mind meld” won’t work.

The agency says the video, along with a training video that parodied ‘Gilligan’s Island,’ cost about $60,000, with the ‘Trek’ parody accounted for most of the money. ‘A video of this type would not be made today,’ said the agency.

Highly illogical: This video image from an Internal Revenue Service video shows an IRS employee portraying Mr. Spock a scene from a video parodying the TV show “Star Trek” that was made for a 2010 IRS training and leadership conference.

WASHINGTON — Nobody’s going to win an Emmy for a parody of the TV show “Star Trek” filmed by Internal Revenue Service employees at an agency studio in Maryland.

Instead, the IRS got a rebuke from Congress for wasting taxpayer dollars.

The agency says the video, along with a training video that parodied the TV show “Gilligan’s Island,” cost about $60,000. The “Star Trek” video accounted for most of the money, the agency said.

The IRS said Friday it was a mistake for employees to make the six-minute video. It was shown at the opening of a 2010 training and leadership conference but does not appear to have any training value.

The video features an elaborate set depicting the control room, or bridge, of the spaceship featured in the hit TV show. IRS workers portray the characters, including one who plays Mr. Spock, complete with fake hair and pointed ears.

The production value is high even though the acting is what one might expect from a bunch of tax collectors. In the video, the spaceship is approaching the planet “Notax,” where alien identity theft appears to be a problem.

“The IRS recognizes and takes seriously our obligation to be good stewards of government resources and taxpayer dollars,” the agency said in a statement. “There is no mistaking that this video did not reflect the best stewardship of resources.” 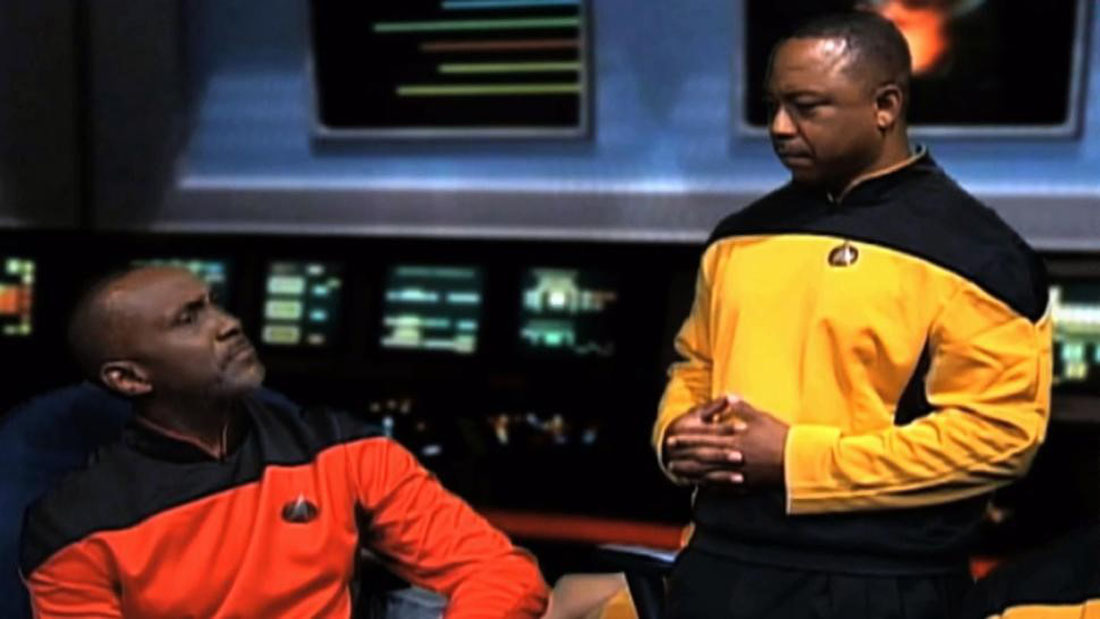 Make it not so: The agency says the video, filmed at an agency studio in Maryland, along with a training video that parodied the TV show “Gilligan’s Island,” cost about $60,000. The “Star Trek” video accounted for most of the money. The IRS on Friday said it was a mistake for employees to make the six-minute video.

The agency said it has tightened controls over the use of its production equipment to “ensure that all IRS videos are handled in a judicious manner that makes wise use of taxpayer funds while ensuring a tone and theme appropriate for the nation’s tax system.”

The agency also said, “A video of this type would not be made today.”

The video was released late in the day Friday after investigators from the House Ways and Means Committee requested it.

“There is nothing more infuriating to a taxpayer than to find out the government is using their hard-earned dollars in a way that is frivolous,” said Rep. Charles Boustany (R-La.), chairman of the Ways and Means oversight subcommittee. “The IRS admitted as much when it disclosed that it no longer produces such videos.”

The film was made at an IRS studio in New Carrollton, Md., a suburb of Washington. The agency said it uses the studio to make training films and informational videos for taxpayers.

“The use of video training and video outreach through the in-house studio has become increasingly important to the IRS to reach both taxpayers and employees,” the agency said. “In the current budget environment, using video for training purposes helps us save millions of dollars and is an important part of successful IRS cost-efficiency efforts.” 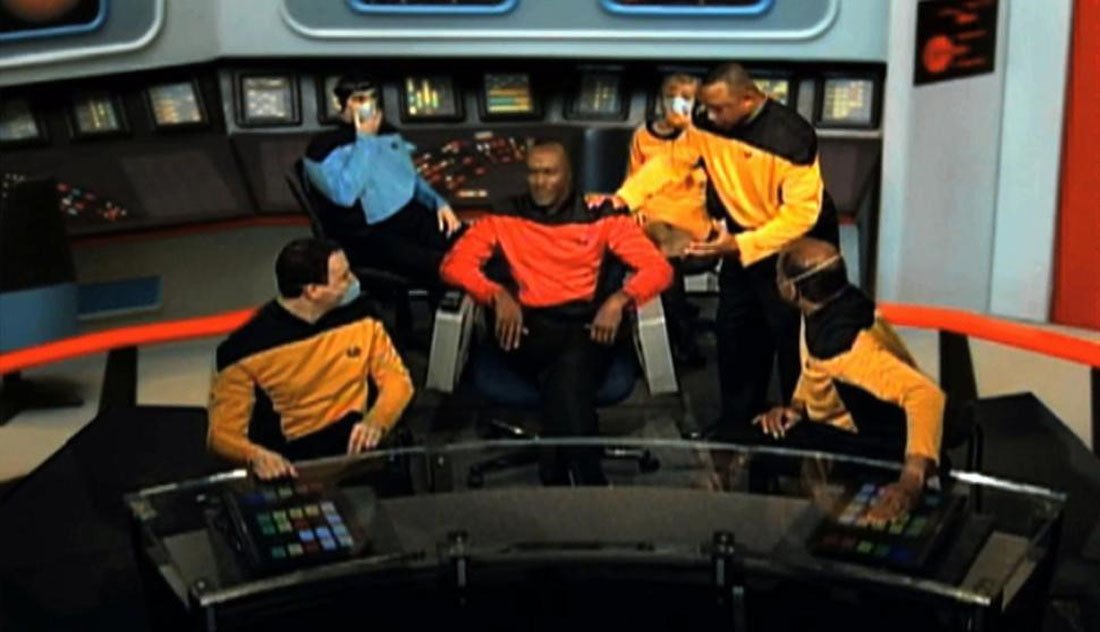 Where they boldly shouldn’t have gone: A scene from the IRS workers’ “Star Trek” parody trip to the planet “Notax.”

IRS YouTube videos have been viewed more than 5 million times, the agency said. A video on the IRS website called “When Will I Get My Refund?” has been seen 950,000 times this filing season.

The disclosure of the “Star Trek” video comes as agencies throughout the federal government face automatic spending cuts, including employee furloughs at many of them.

Acting IRS Commissioner Steven Miller has told employees they could be furloughed five to seven days this summer. The furloughs, however, will be delayed until after tax filing season so refunds should not be affected.

The agency said the “Star Trek” video “was a well-intentioned, light-hearted introduction to an important conference during a difficult period for the IRS.”

“The video series with an island theme provided filing season training for 1,900 employees in our Taxpayer Assistance Centers in 400 locations,” the IRS said. “This example of video training alone saved the IRS about $1.5 million each year compared to the costs of training the employees in person.”